Welcome to the website of the Public Service Co-ordinating Bargaining Council (PSCBC) which aims to provide comprehensive information regarding the PSCBC as a co-ordinating bargaining council and its functions.

The PSCBC has been inundated with enquires from the media, public servants and the public at large on the public service wage negotiations as well as the impending strike action of the Public Servants Association (PSA).

The wage negotiations has deadlocked and parties opted to follow individual dispute resolution procedures as to attempt to unlock the impasse. This has unfortunately being unsuccessful as parties could not find one another.

To date, we have only received a strike notice from the Public Servants Association (PSA). The PSA commenced with workplace picketing as per the picketing rules issued that will culminate into a one day strike action planned for the 10th November 2022.

The National Education, Health and Allied Workers' Union (NEHAWU), The Police and Prisons Civil Rights Union (POPCRU), Democratic Nursing Organisation of South Africa (DENOSA), Health and Other Service Personnel Trade Union of South Africa (HOSPERSA) and the South African Policing Union (SAPU) has all been afforded certificates of non-resolution. With
picketing rules also being issued to NEHAWU, POPCRU, DENOSA and HOSPERSA. SAPU will have a hearing early next week to finalise their picketing rules.

The trade unions mentioned above will have the right to issue a 7-day notice to the Council to commence with strike action when and if they decide to do the same.

The PSCBC remains optimistic and is engaging with the parties encouraging them to revert back to the facilitation process in order to attempt to seek a resolution to the impasse. The solution can only be found through social dialogue.

Call for registering on the PSCBC Supplier Database 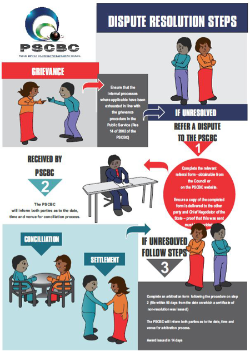 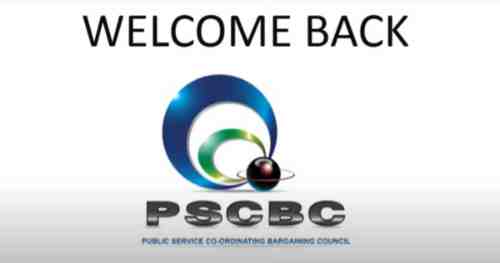 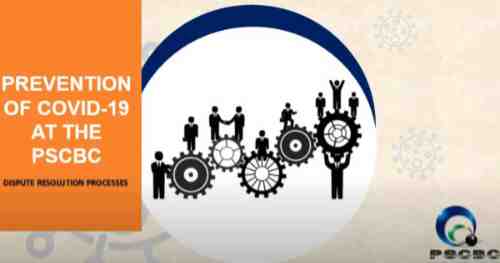 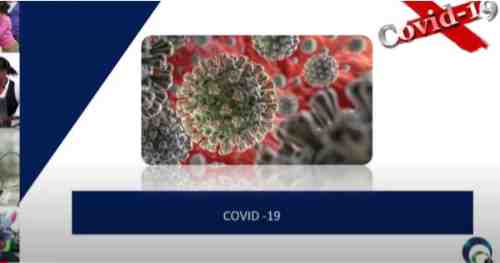